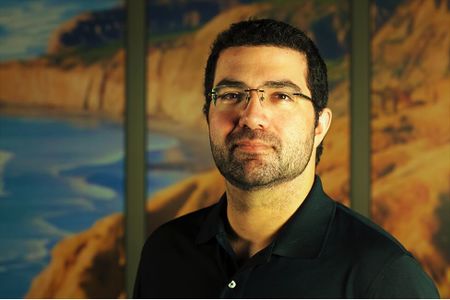 I’ve been an avid gamer for over 25 years, and time after time I find myself playing MMORPG’s. There is something about the Massively Multiplayer part of the game that has always intrigued me. Nothing compares with the experience of playing with thousands of people, from across the world. Everything in my design for Ashes of Creation, stems from that role of “community” in our game. I want to see the players dictate the direction of our story. I want to see the world we develop, adapt and react to the player’s actions. Most importantly, I want to see a game built by gamers FOR gamers.[1] – Steven Sharif

The best way you can create a product is by listening to the the feedback that your community gives you; and that's just not on a design front that's also on a product front as well- a business front. Also so you know there's a lot of things that I have the luxury of doing with Intrepid as a company because I am the sole share owner in the company I don't have to answer to a board and I have that luxury. Not a lot of companies have that luxury and that's why it's important for consumers to speak out and give their their feedback because the board does see that and the success of other companies that try new things, that take risks like Intrepid is taking or that Ashes of Creation is taking. It's important for those risk takers to get the love and the support so that it shows other businesses really the direction that the genre should go in.[2] – Steven Sharif

The bottom line is I am committed to this project's success and completion and that means that when it comes to funding for the additional years that perhaps were not planned for, that's coming out of mine and John's pocket and we're okay with that. Because what we see in front of us is not only a team of extremely talented individuals but also a community that is extremely passionate about the project and wanting to see it come to fruition. It's not just about what our personal desires are, John and myself being MMO players, but really it's about the fact that we've created a following, a community of players who want the same thing or similar to the same thing and that's something that's at the forefront of my mind anytime I walk into work is how is what we're doing today going to impact the players tomorrow. That's a very important question. It's a product driven development aspect and you know I believe based on the millions of players we already have pre-registered for the game that Ashes of Creation is going to be one of the most successful and largest launches in MMO history.[3] – Steven Sharif