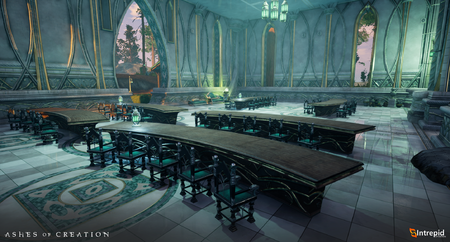 At the Village stage, the scientific node's unique building is the Library. Players can use the Library to access information, including (but not limited to) the following:[1] 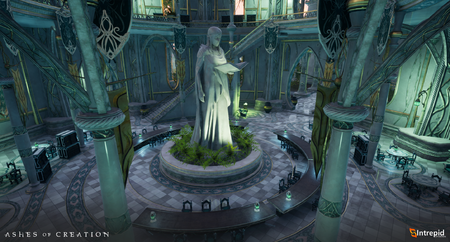 The history of each server will be tracked and visible to players.[5]

We're gonna keep track of the history of the world so that we can tell people the story up to the current day. A player who's brand new, who's come in at the six-month mark can take a look at each server, what each server has done, how each server has tackled the storyline; and they can decide for themselves what community they want to join; what version of the world that they want to take part in.[5] – Jeffrey Bard 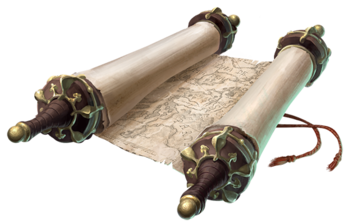 Scribes are members of a potential crafting profession in Ashes of Creation.[7]